What We Are Going To Cover

THE THREE MAIN INITIATORS OF ILLNESS

Emotional stress: How we perceive an event, rather than the event itself, is most important in generating a stress response. Dietary stress: Simple carbohydrate ingestion leads to rapid elevations in blood sugar which ultimately leads to ‘up & down’ dysregulation via insulin and cortisol responses. Pain & hidden inflammation:Pathogens in the gut (e.g. parasites, bacteria, fungus) are often sources of hidden inflammation. Secretory immunoglobulin A (SIgA): a mucous membrane surface antibody produced by immunocytes in mucous membranes 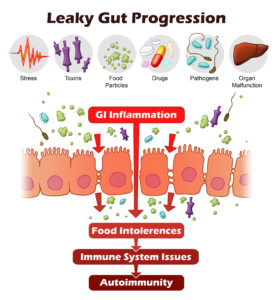 The 6 common problems in the gut, that leads to your chronic inflammation, and adrenal fatigue:

One supplement you’ve probably NEVER taken, and the two others that it is paired up with that your Doctors probably haven’t recommended, that can change your “adrenal fatigue” and gut health situation right now

Mentioned in This Episode:

5 Secrets  To Quadruple Your Energy in Eight Weeks…