The Truth About Adrenal Fatigue

thetruthaboutadrenalfatigue.com is your online advocate, support group, and community dedicated to women and men who are overwhelmed,   overstressed, and overlooked by the traditional healthcare system, that refuses to accept adrenal fatigue as a legitimate diagnosis. Our purpose is to help redefine a new health paradigm for those that are sick and suffering from fatigue. Our founder, Dr. Joel Rosen, along with his inner circle of allied healthcare providers scrutinize the latest health-related research and boil it down in a clear, concise, and actionable way. Our mission is to impact the lives of our community members so that they can recapture their energy and re-engage in their lives, by presenting down-to-earth information, educational videos, articles, lessons, modules, metabolic food recipes, and other natural resources to empower your life.

The inner circle allied healthcare team is committed to contributing the latest, most advanced information for exhausted adults.

Our team has been hand-picked because they all align and resonate with our mission to provide value to our community. Each member brings their unique strength and specialty, combining it in a manner that adds to the overall assessment of each individual. Versus the traditional medicine, outdated approach, which sees the specialist as an island onto themselves. 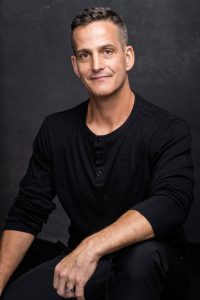 Dr. Joel Rosen, D.C, CFMP, knows how it feels to suffer from adrenal “fatigue” but wants you to the know the real truth about adrenal fatigue

The reason  The term adrenal fatigue became so controversial was because of Han’s Selye general adaptation theory.  He made 2 big mistakes when he coined the term Adrenal Fatigue.

MISTAKE #1: The first mistake has to do with the word exhaustion or fatigue. Both are inaccurate, and here’s why.

Selye first stage, the “alarm” phase can still apply today. The body undergoes stress on a daily basis, which “impacts” and sets in motion, the stress response. Thereby placing it on “alarm”

The second stage the “resistance” phase can still apply today as well.  Although not as perfectly as Selye thought.

To Selye, the resistance phase meant keeping up,  and remaining “resistant” and maintaining homeostasis.

But, we now understand just how much stressors impact us. Selye didn’t have this insight into the crazy amounts of stressors that we contend with on a daily basis.

The reality is when you are drowning in stress, your body is really struggling to remain “resistant”. But I’ll give Selye his due, and say the body has the “ability” to be resistant. Whether it really is, is a different story.

Which leads us to where Selye made his first mistake. Calling the third phase, the “exhaustion” phase.

Rare are the adrenals too exhausted to produce no response whatsoever. Even the research is devoid of the adrenals being completely exhausted or fatigued.

That is the reason why traditional doctors do NOT believe in Adrenal Fatigue.

But that doesn’t mean the body is resistant.

That was Selye’s mistake.

That Selye used “exhaustion” tainted the term forever after.

Because there is an epidemic of stress, the truth about adrenal fatigue is that there is an inaccurately named term, called Adrenal Fatigue, that is being ignored, when the reality, the body is no longer resistant, or able to maintain homeostasis.

That is the first truth about adrenal fatigue.

MISTAKE #2: The second mistake has to do with limiting the impact of stress, on only the adrenals. It goes so much deeper.

Remember, the resistant phase, the crazy amounts of stressors that we encounter. Stressors that Selye couldn’t have foreseen in his research, that impacts your body all the same.

That said, Selye dissected rats and found 3 major impacts of stress on the body:

Even Selye, in his day, was able to prove that stress impacted more than just the adrenal glands. Yet, he called it “ADRENAL” fatigue.

His second fatal mistake. Homeostasis is the bodies ability to maintain an optimal state of health, especially when stressors are involved. No doubt your adrenals are on the front line.

That isn’t what’s debated in traditional medicine. Adrenal gland function is agreed upon. Your brain communicates and signals the adrenals to work in a stress response. To fire in times of stress. While the Selye’s first mistake was to say they exhausted, his second was to limit the stress response, to only adrenal.

Especially when he knew about the impact on the immune system (thymus) and the GI tract.

The truth about adrenal fatigue is that stress impacts you right on down to the cellular level. Not just the adrenals, not justs your thymus, or GI tract. Those are all organs/glands that makeup systems in your body.

The Truth About Adrenal Fatigue, is that the stress response impacts your body from the system, to the organs, to the tissues, right on down to the very cell. That the body doesn’t go into complete exhaustion.

But no mistake about it, this condition is an epidemic.

Han’s Selye, considered the father of stress theory, by combining “exhaustion” and attaching it with the “adrenals” has doomed the term “ADRENAL FATIGUE” from here to eternity.

That is the Truth About Adrenal Fatigue,

Now, if you suffer from a stress-related health issue, and you learn about the term adrenal fatigue, be aware.

The Truth About Adrenal Fatigue is to expose this. To support those experienced the sting of traditional healthcare not accepting adrenal fatigue as a legitimate medical condition.

As a result, the consequence of hostility, doubt, judgment, misinformation, wrongly diagnosed and falsely dismissed.

That’s what happened to Dr. Joel.

When he couldn’t find the proper support and information from the doctors he sought out, he began his own quest, and life-long passion to go down the rabbit hole of research to find sustainable solutions to his own health. He knew that if he suffered from something that he had never heard about, and he was a doctor, then how many others out there were in the same boat and suffering also?

What he discovered was an under-reported, under-recognized,  and ever-growing world epidemic. There was so much confusion surrounding the term “Adrenal Fatigue”, that the main point was being missed. Instead of contemplating whether or not Adrenal Fatigue existed or not was what was important.

That is, whether or not we can agree on an appropriate diagnosis was not the question. The real question was, “what was the answer?

The birth of new found mission. His research combined his exercise physiology and psychology undergraduate degrees, with his postgraduate doctor degree in chiropractic, and a postgraduate certified functional medicine practitioner (C.F.M.P.)

He continued study into a brand new field called nutrigenomics, which is the cutting-edge science that combines genetics, with epigenetic. Which basically means a new branch of medicine that combines the science of how your DNA interacts with the environment. Helping or harming the expression of health.

His passion, study, and research turned into his youtube channel, podcast and ultimately turning into a passionate, re-energized community (featuring you!).

He continues to add to his over 350 educational videos and has compiled an online social media community of over 45,000 Adrenal Fatigue followers. Dr. Joel call’s himself the “Adrenal Fatigue Recover ninja, to signify the stealth-like warrior that you must personify in order to recover from the adrenal fatigue “nightmare”.

Think of  The Truth About Adrenal Fatigue about your trusted source to help you get your life back.

When he’s not creating new content, researching, or working one-on-one in his digital on-line consulting practice, Dr. Joel loves spending his free time with his with and twins, especially traveling to new and adventurous destinations.

Dr. Joel is also grateful for relocating to hot and sunny Boca Raton, Florida, with his exodus from the frozen tundra of Toronto, Canada. With that said, he is a proud Canadian and says Toronto is his favorite city in the world…in the summer. 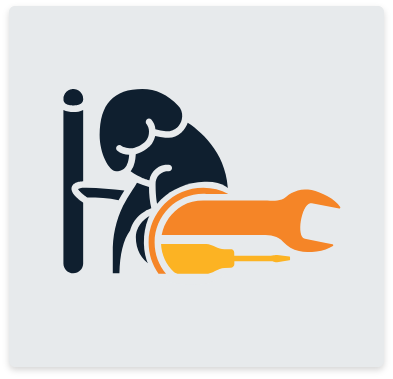