Adrenal Fatigue? I had never even heard of it

And here I was, a college graduate of Exercise Physiology. A second degree in Psychology.

A Doctorate Degree in Chiropractic.

Nope, never heard of it.

But boy did I ever experience it.

Unable to get out of bed. Feeling like I had been hit by truck.

The weight of the world on my shoulders.

Constant pain from a debilitating, second back injury.

Crashing in the middle of the day. Shaky,  light-headed, jittery. Brain fog.

Where the heck did I put my keys, wallet. Ridiculous.

I can’t keep spending 30 minutes in the morning, already tired, anxious. Getting more stressed with each passing second.

Yes, I understood faulty functioning adrenals, yet, I had never heard of the term adrenal fatigue.

Until a friend brought in a book that would forever change the course of my life.

The name of the book was called “Why Do I STILL Have Thyroid Symptoms…When My Lab Tests Are Normal”. It was with that book that I realized that I suffer with adrenal fatigue. A term that I had never heard of before reading this book.

I say “forever change” because when I learned about adrenal fatigue, it became my new passion.

I became obsessed. Obsessed for knowledge. For understanding. For information. For Recovery.

As if I didn’t have enough debt. Enough education. I re-enrolled in a graduate program in Functional Medicine. Functional Neurology. Nutrigenomics.

And to this day, I continue to research and learn.

You see, when I didn’t get the information that I was looking for, a book, something to explain all the aspects that I had suffered with, something that was specific to me, it ignited in me, my lifelong passion.

Exercise had always been part of my life. It defined me. But here I was, unable to muster up the energy to go to the gym. Never mind. Rather, unmotivated to.

I became Thirsty. Thirsty for everything and anything adrenal fatigue.

One of those areas was what are the best tests for adrenal problems.

So lets share what I’ve learned, so that you to, can recover from your adrenal problems.

Let me first state that I am not a huge fan of testing for testing sake.

That is, YES, I do believe you should work hard to objectively determine whatever it is that you may be suffering with. Especially if there are, what is known as, yellow or red flags in the medical arena.

“Yellow” flags are signs of incoming danger if not taken care of promptly. Much like a warning light, “Check Engine”, that comes on in your car. Continue to drive. For a prolonged time. Ultimately, if the problem is not addressed, it will breakdown.

“Red” flags being disease processes that have advanced long enough that your short term health has been extremely compromised.

So yes, for those reasons, testing is absolutely essential.

But testing from a functional point of view, is very different, and is often not carried out.

Meaning, unfortunately, in a traditional, western medicine setting, if you happen NOT to have any yellow or red flags (while that is great news), you are told that you are normal, and everything is ok, despite the fact that you don’t feel ok or normal.

And, If you are still suffering with extreme fatigue, weight gain, difficulty sleeping, difficulty with energy when you first get up and throughout the day, hormonal imbalances, mood swings, depression, hot flashes, and poor sexual function, many times the limited tests that ARE ordered, that come back normal, do NOT focus a tad on your adrenal function.

Firstly, test that come back with no yellow or red flags are concluded that you are normal and nothing is wrong.

And secondly, the tests rarely get any real, qualitative information, regarding your adrenal function.

So in determining what is the best test for adrenal problems, let me suggest the end point of the test should be used as a “road map”.

A roadmap so that you can identify the starting points.   The impact that all the stressors that have accumulated on your body have had on your stress response hormones, how the mechanics of the adrenal stress response has broken down, and contributed to your suffering.

And a roadmap to determine whether or not your protocol has improved your adrenal markers after you’ve implemented it.

Meaning, the best adrenal test is only as good as it’s follow up test.

Once you’ve identified the total impact on your body, then you can put a game plan together to address the specific breakdowns that are occurring, implement that game plan, see incredible improvements in your health, and then retest initial tests for adrenal problems and objectively see improvements.

That is, in theory is how it is supposed to go, but in reality, seldom goes that way, and there is a couple of reasons for this.

The first is how traditional medicine tests for adrenal fatigue.

The standard medical care for testing adrenal gland function is something called an ACTH stimulation test.

And unfortunately, this test is a “black and white test”.

That is, you are either positive or not.

When your results come back negative, you’re probably told something to the effect “their is no such thing as adrenal fatigue” or “you don’t have an adrenal problem”.

The problem with the ACTH test is that it doesn’t measure or take into account many of the mechanism that are at play when your adrenal gland stress response is working normally.

The only thing that the ACTH test screens for is a primary problem within the adrenal glands itself, which is known as “Addison’s” disease.

This kind of thinking is not only short-sighted, but I believe is in violation of the hippocratic oath of “first doing no harm”.

The other inadequate test traditional medicine uses to determine an adrenal problem, is a morning cortisol blood test.

Sometimes, I’ll have patients who I”ll consult with who have had this morning cortisol blood draw test. And while this is better then just an ACTH stimulation test alone, it too, is still very incomplete.

That’s because measuring your cortisol’s release at one time of the day, and concluding how cortisol is behaving throughout the entire day, is very shortsighted.

Other mechanical breakdowns can and DO occur. Since cortisol release is based on our circadian rhythms, it’s really foolish to look at the levels at only one time of the day.

Wake up, bounding out of bed, ready to take on the tasks for the day, have energy sustained throughout the entire day, and by the time evening time comes, you lay your head on the pillow, fall asleep like a baby, wake up rejuvenated, only to do the same thing day in day out.

But how can you measure all of that on one sample, at one time of the day? The answer is you can’t.

If this is happening to you, not only are you not getting an accurate diagnosis, you’re not validated with what your suffering is real, and you’re not getting the proper treatment protocol to address your specific adrenal mechanical breakdown.

So what is the most up-to-date advanced hormone testing available on the market.

Well, hopefully by now, you know what it’s not.

You know it must take into consideration how exactly the adrenal gland function works.

While most doctors only perform the ACTH test, many other testing methods are on the market to evaluate adrenal gland function.

Physician really have three options for cortisol/hormone testing: Serum, Saliva, or Urine. Each of these three methods are viable, but have there inherint weaknesses.

Serum Testing– This is the most univeresally accepted method mainly because it is inexpensive, and is FDA-cleared. However, the adrenal hormones cannot be effectively tested in serum for a number of reasons. Firstly in serum, the “free-fraction” of the hormone is never tested.

That’s because when a hormone in the blood, the hormone is bound to a protein, and is therefore not considered “free”. It’s the actual “free-fraction of the hormone” that we draw important information of it’s available use in the cells.

As well, serum draws need to be repeated during the day, to determine how circadian rhtyms are functioning throughout the day, to get a more complete evaluation of cortisol production and utilizations.

Lastly, serum has a lack of extensive metabolite testing. That is, how is the breakdown of cortisol, estrogen, and the androgen hormones occuring so that we can see which areas are not working effectively, and incorporate that information into your adrenal fatigue recovery strategy.

Saliva Testing– Saliva testing has great value with its ability to look at the “free-fraction” of the cortisol pattern, but…there are some major disadvantages of adrenal saliva testing: The HPA-axis analysis.

You see the HPA-axis, is the feedback loop that signals your stress response. The hypothalamus detects all the stressors in your body.

In turn it releases CRH to the pituitary gland, which then acts as your field general, to mobilize the adrenal troops for war. The pituitary then releases ACTH to signal the adrenal glands to make it’s stress hormones, the main one being cortisol.

So…the adrenal saliva testing method leaves out the measurement of “metabolized” cortisol which is a missing piece to assessing the HPA-Axis function.

In order to accurately qualify your cortisol status, both “free” and “metabolized” cortisol MUST be measured. Both impacting your adrenal health status, and should be known to formulate an accurate adrenal recovery protocol.

The same thing goes with your sex hormones. When measuring your sex hormones status (which is vital to evaluate your overall adrenal hormone status), saliva samples do NOT measure both estrogen and androgen metabolites.

Again, by knowing these sex hormone metabolites status, a more complete picture for making precise clinical decision can be arrived at.

The first is that the retrieval process is difficult, and many errors are made when trying to collect your sample.

And secondly, because cortisol release is based on a circadian rhythm (high in the am, and low in the pm), when you collect your urine over 24 hours, it’s virtually impossible to know what your cortisol values were at the different key points in the day.

As the sample is all mixed togheter and averaged. Leaving out and ignoring any information about the rise and fall of your cortisol levels.

The most up-to-date Advanced Homrone Testing on the market. It’s so brand new, that chances are, most doctors have never even heard of it.

It was developed to improve on the available hormone testing options from those listed above. The DUTCH offers the most extensive breakdown of adrenal hormones, as well as the sex hormones, along with their metabolites.

As well, the circadian pattern (also known as the daily diurnal pattern) of free and metabolized total cortisol is included.

Not only that, samples are easy to collect, are collected over 4-5 times during the day (dinner time, bed time, waking time, 2hrs- after waking, and nightime urine if necessary). This makes it easy to collect, as it is not going to intefere with your work/employment schedule.

Once the sample dries, shipments can be sent/received worldwide.

Another added benefit is the fact that the DUTCH test is optimal for monitoring hormone replacment therapy.

The unique DUTCH testing is optimal for monitoring all forms of hormone replacment administration.

The last added benefit of the DUTCH test is the fact that it really correlates the results with your specific nutrigenomic test results (DNA results), and sheds added information in your ability to breakdown hormones in the phase II detoxification pathways.

This infomation is important ultimately to narrow down the metabolic, physiological, and biochemical breakdowns that are occurring in your body, and are not allowing you to effectively recovery from your adrenal fatigue nightmare.

If you are looking to have the most advanced test for adrenal problems click here to work one on one with me. 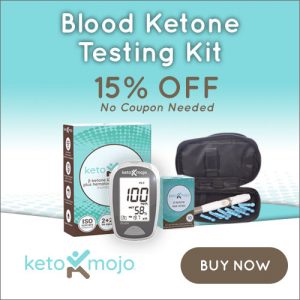