Is Your Exhaustion Related To Your Genetics?

Almost All Doctors Do NOT Believe in Adrenal Fatigue, or Understand Genetic Testing

But The Reality is...Both Are Very Real

So...Why Not Evaluate Your Genetics The Right Way?

Providing The Definitive Answers, So That You Can Pinpoint What’s Not Working

Finally Understanding The Perfect Storm Of Stress and Genetics

Learning Which Researched Genes You Have That Impact You're Adrenal Health Most Importantly, Customize A Lifestyle, Nutritional, & Supplement Approach Specific To You

Unlock The Answers You Have Been Searching For

“With Every Single Adrenal Awakening Program I Do For My Adrenal Fatigue Practice, The Genetic Variant Nutritional Assessment Is My Secret Weapon, Because It Provides Me With The Perfect Storm Information, To Customize Your Adrenal Fatigue Recovery Plan” - Dr R Joel Rosen

Why The Genetic Variant Nutritional Assessment Is My Secret Weapon

Based upon your own unique DNA that you inherited from your parents.

Why Is That Important For People Suffering With Adrenal Problems?

The 3 Main Functions Of The Adrenals: 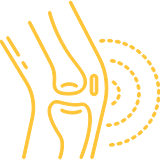 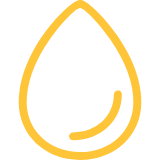 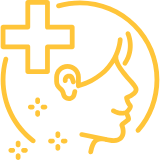 When You Are Under Constant, Repetitive, Continued Stress, Your HPA Axis, Which Signals The Adrenal Glands, Becoming Chronically Activated.

The bottom line: Over 250 cellular activities in the body,

This report is designed to help you, based upon your unique genetic make-up, to discover where your body may be lacking in the production of antioxidants and other nutrients and molecules needed for health

This is the most scientific method to determine your nutritional needs

By Testing Your DNA...

Quite often we have what are called variants, which we inherit from our parents, where the DNA may not function 100% effectively.

When this happens, the desired action may not be performed as efficiently as possible

This DNA report focuses only on the DNA that makes antioxidants, which neutralize the harmful free radicals, and other important nutrients like folate, B12, SAMe, choline, and the enzymes that help the body rebuild and restore itself

Quite simply, when we are able to identify where your DNA may not be working at 100% efficiency, we are able to determine what supplementation, dietary changes or lifestyle changes may be necessary to support you.

Also, it's important to know, just because you have genetic variants, that does not mean they are being, what is called, expressed or having an impact on you

When you have variants, it's important to use testing to determine if the variants are being expressed, and the appropriate support is needed.

What Specific Information Will The Genetic Variant Nutritional Assessment Tell Us?