If you have suffered from an adrenal fatigue problem for a while, chances are high that you understand the role stress has played.

You understand that the adrenal glands have a major role in orchestrating that response. Then, in your attempt to recover your energy levels, supporting the adrenals becomes the main concern.

But as our adrenal fatigue society will teach you, the majority of the activity that stress is causing in your body occurs “outside” of the adrenals.

The fact is, the hypothalamus signaling the pituitary, which then signals the adrenals in response to stress, occurs in the brain.

The neurological signaling to the adrenals, to mount a flight or fight, sympathetic response, also occurs in the brain.

That’s why it’s very common to experience brain decline such as poor short-term memory.  Or being in the middle of a sentence and forgetting your line of thought or the point you were trying to make.

Does that ever happen?

What about not being able to focus, concentrate, multi-task,  and make decisions. Those brain functions are also impacted by stress.

Impact of Stress On Your Body:

Another impact repeated stressors have on your body is on your sex hormones (I’m sure you don’t need to be reminded of that).

Hormone imbalances like low libido, low stamina, inability to perform, feeling of weakness, muscle decline, lack of recovery, and even mood-states, are ALL impacted by stress.

Wouldn’t you know it, the adrenal glands are involved in all of these also.

So doctors and patients in-the-know will want to test your hormones and the stress response through certain kinds of adrenal gland tests. A very popular test is an adrenal salivary test.

What you may not know or understand when you get the results to your salivary cortisol test back is “what” is going on with your hormones, and “why” is it going on.

With adrenal salivary testing, a very common finding is DHEA(S) levels below the reference ranges in a lot of people. Remember DHEA is the main androgen hormone produced by the outer cortex of the adrenal glands. 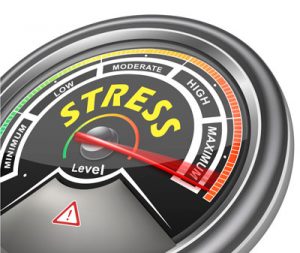 When chronic stress is the norm, from work-related stress, relationships, finances, bills, blood sugar, injuries, infections, chemicals, toxins (the list can go on an on) all hugely impact your sex hormones production.

When the DHEA levels come back on a salivary cortisol test below reference ranges, due to chronic stress, it is often known as “pregnenolone steal”

Pregnenolone steal basically refers to the idea that all steroid hormones derived from cholesterol, then becomes pregnenolone, which is then a precursor to cortisol.

But with continued stress, in an acute or chronic state, elevated cortisol levels will result in less pregnenolone to serve as a precursor for the production of DHEA and other hormones made from pregnenolone.

In other words, because the body is under so much stress, and the bodies need to make so much cortisol “steals” away pregnenolone away from other hormone pathways, thereby reducing the amounts of other necessary hormones.

Many doctors STOP at that conclusion and believe those are the changes in physiology that are related to the stress response.

As a result, they will ONLY make a recommendation for pregnenolone or DHEA supplementation, and nothing else.

While this may see a temporary improvement, for many, the results short-lived, if improvement is seen at all.

Reason Why Pregnenolone Steal Is Incorrect:

The first reason that this is an incorrect explanation is the simple fact that the conversion from cholesterol to pregnenolone occurs in the mitochondria of each and every cell.

Remember, there are different regions in the adrenals (check out Understanding Adrenal Fatigue where I write about it).

These 3 different regions of the adrenal cortex, that are responsible for making your aldosterone, cortisol, and DHEA, each from the different zones, cannot steal away a pool of pregnenolone that is made in another zone. It just doesn’t happen.

Making matters worse, the steroid pathway flow-charts that are used for educational purposes, depict a common pathway but do NOT specify that each different region of tissues is regulated by different enzymes or proteins that regulate their activity.

Which then results in the erroneous conclusion that a “single” pool of pregnenolone is available for all steroid hormones being made in different regions of the adrenals.

The second reason that a pregnenolone steal description of what is actually happening is incorrect. The simple fact that when ACTH stimulates the adrenals to produce cortisol is orders of magnitude higher than that of DHEA(s).

Meaning, our body has been bio-chemically taught, that in times of stress, over centuries of survival of the fittest, to produce more cortisol when being signaled by the ACTH, than DHEA.

Another way of saying it: that’s the way your wired.

Although, some men and women have the opposite predisposition. They produce too much DHEA and testosterone (check out our section on adrenal fatigue and PCOS).

The amounts of cortisol being produced fluctuate throughout the day. If there was an adrenal pregnenolone pool that contained enough raw materials for producing cortisol in the morning or during times of stress. This pool would also be available for the much smaller amounts of needed DHEA(S) production when cortisol production drops even further.

For those reasons, it’s really important to think about what IS actually happening, and why cortisol levels increase while DHEA levels decrease, is not because of a stealing away phenomena.

It’s really important from a treatment perspective to redefine the concept of a pregnenolone steal.

If there is no such things as “pregnenolone” steal, we want to more accurately explain what actually IS happening.  Why does cortisol salivary testing VERY OFTEN show higher levels of cortisol and lower levels of DHEA(S)?

By doing this, we can put together, a more effective treatment approach. So what about taking the supplement pregnenolone for supporting your DHEA(S) production?

Stress and the relationship between the HPA axis and the production of cortisol and DHEA(s) is a very complex relationship, to say the least.

Understanding the regulatory processes between all three is, therefore, the key.

Knowing as much about how stress impacts your cells, how they respond, and what goes wrong, will allow us to come up with a plan to fix it.

So back to pregnenolone. In times of stress, cortisol levels are increased which overlaps that with times of stress, DHEA(S) levels rapidly fall. A number of different mechanisms are actually happening at the same time.

Not the stealing of pregnenolone.

A Better Explanation Than Pregnenolone Steal:

Betty yet, these mechanisms include, but are not limited to the following:

What all of this means is that:

And in this case, the pattern is cortisol goes higher, and DHEA goes lower.

When you and your doctor understand what this actually means, then you realize you can come up with a recovery strategy that is much deeper serving then pregnenolone supplementation.

Studies show (24,25) subjects that had elevated cortisol levels that were type 2 diabetics have an enzyme that impacts DHEA production.  More specifically, the enzyme that helps make DHEA was shown to limit its production. While additional studies showed that after 6 months of dieting or medications use, cortisol and DHEA normalized.(26)

Implying that stabilized blood sugar activity helped stabilize the enzyme in the adrenals that had been suppressing DHEA production.

Meaning, when you stabilize your blood sugar levels, you will help remove the enzyme suppression that is lower DHEA production.

Other studies show that when your body is under inflammatory stress due to an infection, or other immune challenges like foods, chemical, or toxins, inflammatory chemicals are released by your body.

When this happens, the zone in the adrenal glands that produce DHEA, the zona reticularis will down-regulate DHEA production, when ACTH is present. (27,28).

And when is ACTH present? You guessed it, with the stress of course.

Along with stabilizing blood sugar to help normalize your hormones, supporting your immune system will also help balance the cortisol-DHEA relationship.

So what about pregnenolone use?

I’ve used it with my clients, and have seen profound beneficial effects. However, I’ve also had clients use it, and not see any improvements. With a lesser degree, some report worsening symptoms with pregnenolone.

Now you know why. There’s just too much of other stuff that can be going on. All of which will make your certainty less certain, when you attempt to fix it all with pregnenolone.

I’m not saying to not use Pregnenolone. But to understand exactly everything that is going on in your body will give you more certainty.

When you understand all of those mechanisms mentioned above, you can break them down, one by one, and slowly rebuild them, one by one.

Like working to stabilize your glucose and your immune system.

Understanding pregnenolone mechanics is more than topping off pregnenolone levels. It means being able to measure absolute levels through urine, blood, and saliva testing,  It means accurately measuring cortisol levels, total DHEA levels, as well as all of the other downstream adrenal hormone metabolites. 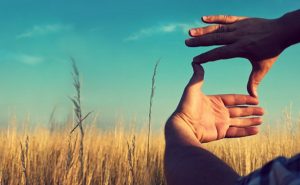 Having this knowledge is the best way to recovery from your adrenal fatigue and hormone imbalance.

This is why knowing the physiology of the effect stress has on the different adrenal enzymes is so important.

Having this knowledge will assist the patient and doctor alike to know when and when not to use pregnenolone as a supplement. Therefore having great success while you are working on getting healthy in all the other areas.

The bottom line is this. It is imperative to redefine the stress response phenomenon of increased cortisol and decreased DHEA.

Replacing the notion that pregnenolone steal doe NOT actually exist, and replacing it with the understanding that a number of different mechanisms are occurring simultaneously at the same time.

Two main mechanisms contributing to your hormone imbalance, that can actually be used to correct it is balancing your blood sugar and supporting your immune system.

Also, understanding pregnenolone use can still have a therapeutic benefit. Provided proper baseline testing is done, and the understanding, identification, and repairing of the broken mechanics.

This will also help patients open up a dialog with their doctors. So that they can communicate effectively with each other. More importantly put a  successful game plan together, for a quick and timely resolution of the “adrenal” fatigue.

Not only will this provide validation for the patient, but it will also empower them.

That is our hope at adrenal fatigue society.